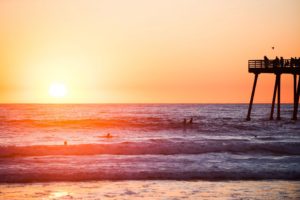 A flag that represents freedom flies high above over a nation of 360 million prisoners to sin. Yet our freedom is just a whispered prayer and a surrendered heartbeat to the obedience of the only One who has the key that will set us all free.

Regardless of who we are or what we have done, there is a path to reconciliation.

For the powerful men currently with sexual allegations levied against you, with your acknowledgment of the wrong way to treat women, the key to freedom turns and unlocks your heart to purity, honor and respect.

To the ones who mind has been cast into the darkness of mental illness, the brightness of the Son, can illuminate your way to see and think clearly again the way it was supposed to be from the beginning.

To anyone who is held prisoner of hatred, resentment, racism, a cold and bitter heart due to unspeakable hurts and mistreatment, your heart has a get out of jail pass, bought and paid in full by Jesus Christ.

To the mistaken loves and bad marriage choices that have made life utterly miserable and unbearable, I can hear the voice of renewed love and faith that will bring either freedom or reconciliation, at the right time.

To the destitute, prostitute and the homeless, you can have freedom within, regardless of what the world sees on the outside.

And to anyone who doesn’t believe or has doubts, your confirmation of His presence and existence is just a sentence away, with “Lord help me with my unbelief.” “Make it real to my hardened heart, and penetrate all the layers till my doubts burn with the proven reality of your love for me.”

A flag flies over a country of prisoners begging to get out. Some are still held captive by old political systems and a document that promised freedom to all.

It can only be effective when each one of us free our hearts from what is not working, to make room and allow our freed hearts to beat with the love and power from Him who had one mission and one objective here on earth.

He boldly told us the heartbeat of his desire in the following:

“The Spirit of the Lord is on me, because he has anointed me to proclaim good news to the poor. He has sent me to proclaim freedom for the prisoners and recovery of sight for the blind, to set the oppressed free, . .”