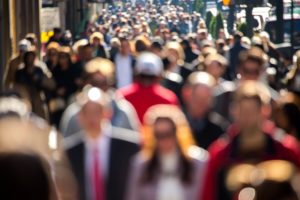 As I go about my daily travels and having conversations with people, I get a sense that some folks are feeling very uneasy about the world we currently live in.

With all of the news headlines and the spotlight placed on those things that are mostly negative, it is no wonder that the spirit in some people is far removed from hope, joy and peace.

People everywhere are feeling the growing tension and pressure of everyday life as well as those large events that invade our lives without warning.

As I look back on my own life, I have to laugh when I think about just how naive I was to believe that life was easy. I totally was oblivious to the constant build up and pressure of day to day survival. I guess you could say that I was in denial.

I think I was in denial as a defensive mechanism for not having the ability to cope with the reality I was actually living. Such is the case with a lot of people I would imagine.

It took me a while to realize that the instability that I was feeling was mostly coming from within. Yes, there were plenty of outside influences, but the way I processed the things going on around me dictated how I felt inside. Even to this day that is still mostly true of not only me but all of us.

Fortunately however, we are not without hope. Yes, even in the middle of the chaotic world we live in, you and I can access peace, joy and a serene inner spirit that will allow us to cope and not become emotionally unglued.

Many years ago I took great comfort in knowing that my most nagging questions about the world we live in and life itself had already been addressed by God in the Bible. Indeed after having read it from cover to cover, I got a better understanding of myself, and those around me.

It addressed my hidden fears, why I act the way I do as well as what to expect of others I may encounter. Furthermore and probably most importantly it addressed the current world culture and influences as well as the long term impact and the final results that not only can be expected but will in fact be revealed, right down to the minute details.

So with a detailed knowledge of the world I live in and knowing what to expect and actually seeing it play out in exacting detail, a lot of my fears and anxieties subsided. It became more and more clear that things were going according to plan and that regardless of whether or not I liked all that I was seeing, that the end results would come exactly as outlined in God’s word.

I don’t know about you, but I take great comfort in knowing that a God who can see further down the road in this life than I can, took the time to reveal to us the previews of what lies ahead. He also gave some pretty clear and fascinating instructions on how to cope with the worlds current and future events.

I would invite and encourage you to just think for a moment if perhaps the God who created it all, is still in complete control. Has anything caught him by surprise? Is he dismayed at our current culture? Is he shocked at the unknown future as we are?

I find it amazing and interesting to see cultural shifts in attitudes and behavior that coincide exactly as outlined in God’s word. The good news is that while even though things are going to get worse, make no mistake about it, that when it is all said and done, things are also going to get better. A whole lot better!

Instead of feeling anxiety and instability, it is my hope that after carefully getting God’s perspective on the world you and I live in, that we can calmly proclaim, “It is well, with my soul!”